Rob Galbraith has a more serious review for sports usage. This page is mostly just me rambling.

See the parent page for notes on buying these things.

I use it with the Cyber Commander remote and Vagabond battery pack, it's a great setup. 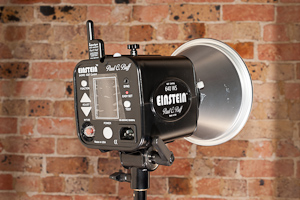 It's a pleasure to use, and just works. Braindead-easy to use.

Obviously less conducive to rapid changes on position/composition than a hotshoe. 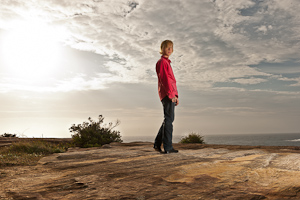 Rest of the day's photos here.

Easy to move and adjust on location. Battery unit is convenient for weighing down the base of the lightstand a little, but not enough on its own unless there's no wind.

You can fit an E640 in the top section with plenty of room on the sides: 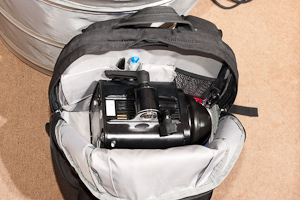 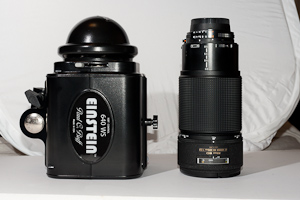 Why an Einstein vs. an Alienbee?

Comparison to a speedlight system

What about cost? Assumptions: