So I did some photos for cosplayer friends recently, a Vocaloid song called 千本桜, and the PV has associated imagery like this: 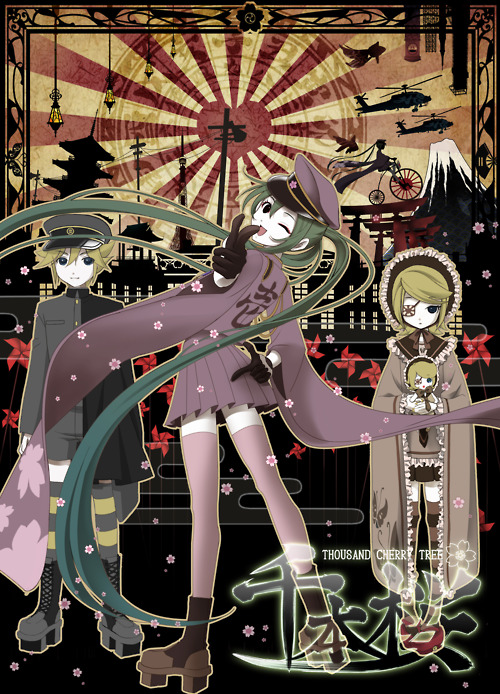 History-sensei Akira advises that we're looking at Meiji/Taisho period. Think turn of the century, like 1900-1920.

I've got one shot in particular that I think would make a great photo for official ID papers or something similar (think of like a military passport or something). I can make it b/w, beat it up to make it look aged, design and print some sort of page structure to go around it. But first, I need some idea of what that would look like, and whether it's something I can work with at all.

The Senbonzakura garb is not entirely clear, because school uniforms were military-inspired as well, but it's a fair guess that it's military because they have medals and stuff on the uniforms.

This is a Google search for Taisho-era attire, which gives us 1912-1926. It's pretty classic stuff that we've seen in Sakura Taisen.

This establishes that printed photos are entirely plausible, sweet!

What shall I do?

I think I can get away with either a booklet-type passport, or an "old-style" paper sheet. The latter will be especially complex, if it's at all like the grand old document link above ("colonial subjects").

I want an imperial seal stamp