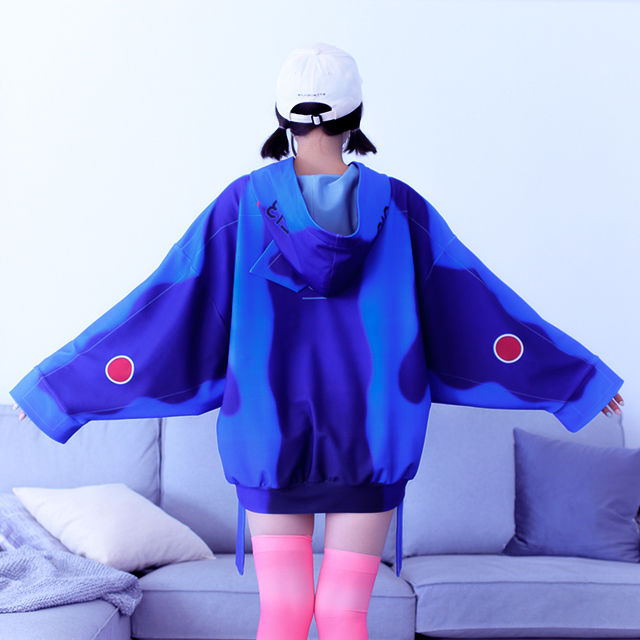 It's a parka/hoodie made to look like a fighter jet. It would definitely be cute for an anthropomorphised fighter jet to wander around on a sunny day and do stuff.

They also made a cap and stockings to go with it. The stockings are made to mimic shock diamonds from jet exhaust, which is super cool.

The overall aesthetic is casual and relaxed, comfortable.

It's easiest if makeup reflects that, but there's definitely room for something wilder or unusual if desired seeing as there's a technical/military edge to it.

Daytime photos should be strong in sky blue and have a cool feel to them. Hopefully the light will warm up nicely for dusk. I imagine a greenish tint for artificial night lighting.

We need to keep a pretty tight schedule. Start around 1500 and knock things off the list.

Aiming for afternoon and evening, enough to catch a bright day with mostly clear skies, and then a low setting sun for something moody. A little bit of dusk/night for artificial lighting, like flares and green-tinted runway lights, but it's no good once the sun is gone completely.

In mid-April, most light is gone by 1800 or so, and shooting cutoff is probably 1830 unless the artificial lighting is particularly promising.

Do some indoors work if possible for some calm and airy shots, but mostly aiming for outside.

Mascot or Bankstown airport may suit. Bankstown is pretty convenient, and should have an accessible area behind the big Bunnings warehouse thing.

I have a pilot friend who can offer assistance once he gets his instrument flying recertified (to allow night flying), suggested Bathurst airport for lit runway shooting that's not going to get in anyone's way, but that's not an immediate short-term thing.

Wandering around, lying on the grass watching the clouds.

Standing on/near tarmac with signalling flares, will be a very contrasty and intense look

There's definitely room for a Macross idol joke here with this song: http://macross.wikia.com/wiki/My_Boyfriend_is_a_Pilot Except now it's more like... "Watashi wa pilot" :P

Examples of it being worn

Need to test for length, best with some plain dark shorts I think. Ideally will be pretty long when worn.

Sneakers or boots would work, I think I like the idea of dark ankle-height boots.