VASTT is a lightweight editor written by zalas for handling the translation of game script files. Below is a rough diagram of how the whole process fits together. 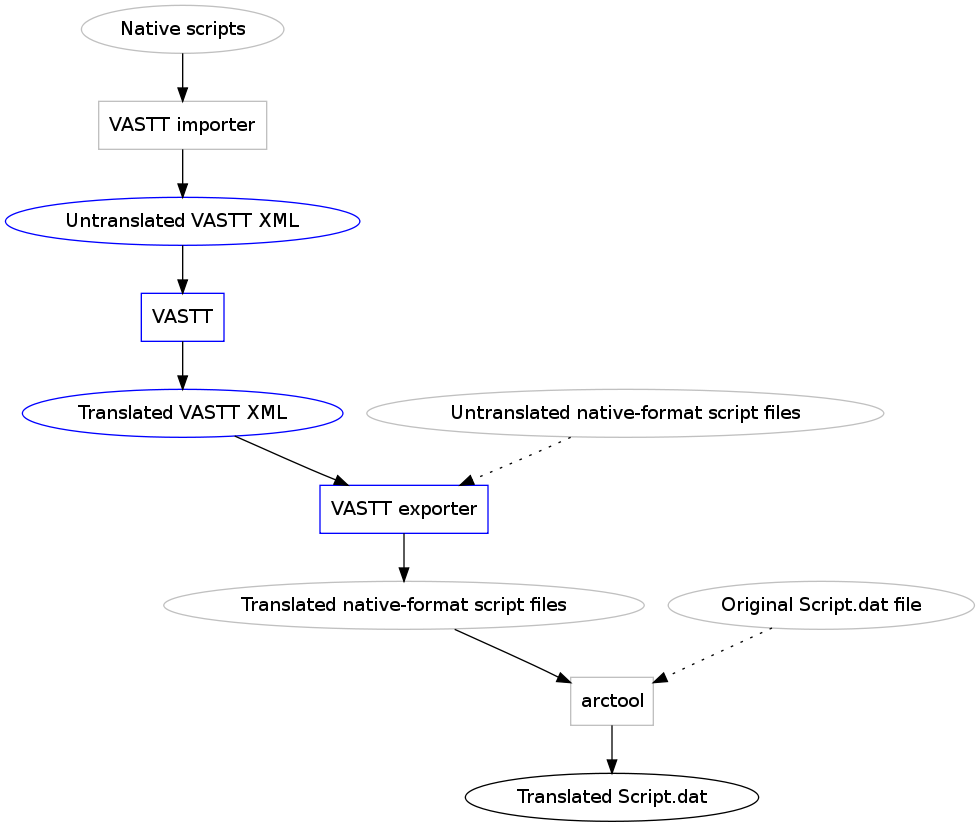 It looks complex, but it's not that bad. The header hacker/editor will usually handle the initial VASTT-import, which only needs to be done once.

As an editor, you deal with a small number of components: